New album of Union and Solidarity Songs
by Phil Monsour on April 5, 2017 in News

Excited to announce the pending release of the One Song One Union album and a Crowd Funding Campaign to support the release in May. 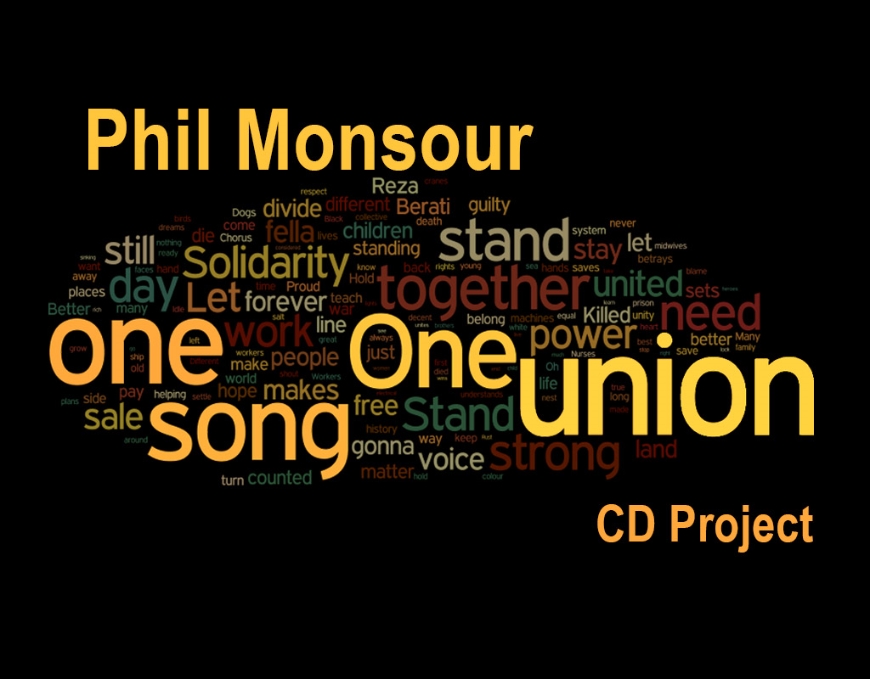 The One Song One Union album of songs began on two picket lines. The first was at the Brisbane waterfront where the shipping giant Hutchison had sacked half its workforce by text message in the middle of the night. The song One More Day than Them was written after listening to the great socialist trade union leader Bob Carnegie speak about the Maritime Union’s determined fight for the reinstatement of the sacked workers. After 100 days of picketing and protesting the sacked workers walked back through the gates.

The second picket line was outside a children’s hospital in Brisbane from which medical workers were refusing to discharge an injured refugee child back into one of Australia’s infamous offshore immigration detention prisons. During the more-than 10 day, around-the-clock picket we sang songs like Solidarity Forever as hundreds of workers from 16 or so unions gathered to support the action of the staff inside. The song Let Them Stay was written at this time. In a small victory, baby Asha and her family were allowed to remain in community detention in Australia.

The idea then developed to write one new song for each union. I met with unionists, gathering inspiration and writing songs that attempted to capture the spirit of their union in 2017. All the songs were recorded with a seven piece band and many include union members singing their unions song. Members of the Brisbane Combined Union Choir have also sung on a number of tracks.

The themes often overlapped: the fight for safe and fair conditions, decent wages, secure jobs and respect. The lyrics attempt to capture something of the universal flavour of labour struggles, while also expressing the particular ideas and concerns of the workers who inspired the songs. I hope the collection can play a part, however small, in the continuing fight for freedom, justice and equality for all, and help give voice to the coming struggles of working people.

One Song One Union – Solidarity Forever